Toum Tiou Cruise
The Toum Tiou derives its  name from a traditional Khmer tale of star-crossed lovers, the Cambodian equivalent of Romeo and Juliet, Toum being the boy and Tiou, the girl...
Book a trip in Mekong River with Toum Tiou Cruise, contact us 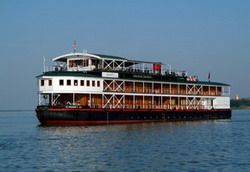 Pandaw Cruise
The secret of our success is that on our ships, whilst luxury and comfort are discreetly present, it is the colonial character and friendly atmosphere that predominate. All our Pandaws have ultra shallow drafts... 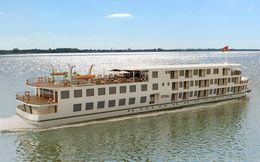 La Marguerite is the first river vessel of esteemed Indochina Sails Cruise Company where its reputation is derived from direct endorsements from its travelers... 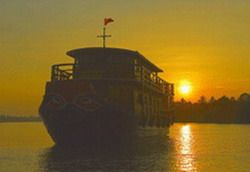 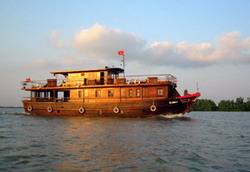 Bassac Cruise
The Bassac is entirely built of wood, from the hull of an 80-foot-long rice barge.

She can accommodate up to 12 passengers in six nicely decorated... 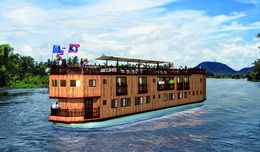 Mekong Islands
Starting from autumn 2009 visitors of Laos will have the opportunity to discover the serene beauty of Southern Laos during a cruise aboard the newly built cruise vessel Mekong Islands...

RV Tonle Pandaw Cruise
Safety: Smoke detectors in all cabins and public places, emergency lighting and generator, fire pump, hydrants and hoses, fire extinguishers, life jackets for all on board and life rafts. 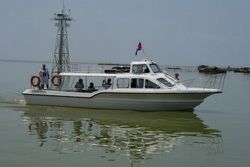 Izabella Cruise
Izabella is a small speedboat with a capacity of twenty passengers. It makes it possible to discover the Mekong river between Phnom Penh and Siem Reap within a single day. 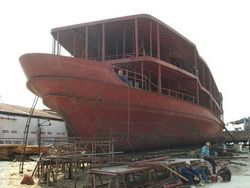 Lan Diep Cruise
The Lan Diep was launch at the end of 2007. Longer and wider than the Toum Tiou, 50m long and 10m wide this river boat will have 22 cabins (only 10 on the Toum Tiou) spacious and air-conditioned, with a luxurious

From the Tibetan Plateau this river runs through China's Yunnan province, Burma, Laos, Thailand, Cambodia and Vietnam. Laos, Thailand, Cambodia and Vietnam established the Mekong River Commission in 1995 to assist in the management and coordinated use of the Mekong's resources. In 1996 China and Burma became "dialogue partners" of the MRC and the six countries now work together within a cooperation framework.

The extreme seasonal variations in flow and the presence of rapids and waterfalls in this river have made navigation extremely difficult.

... I cannot thank you enough for our three week tour in Vietnam which included a few days in Cambodia ...

... Thank you for a great trip in the north of Vietnam! It was really good and everything was organized so good! ...